Early 6am on the bus and up I-29 to home....used up just about all of my Dramamine yesterday--so before leaving went to a convience store to pick up a pack--and since I didn't have a choice but to take what they had--these were NOT non-drowsy!! I sat down on the bus--started listening to my book and the next thing I know I am scared awake by the announcement that McDonalds in CouncilBluffs is the next stop!!! I might have to relisten to a few chapters!!! Just after Sioux City I get a call from Loren that Josh's girlfriend has a softball game in Sioux Falls--and that should work out just right. Bus gets to Sioux Falls about 12noon and since we were both craving pizza--Lois and I went to Red Rosa pizza and it tasted sooo good!!! Loren picked me up and Lois took the car home--worked out quite convienently!! 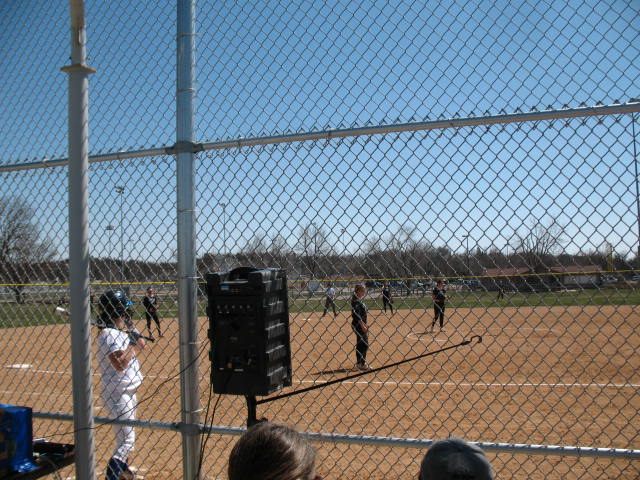 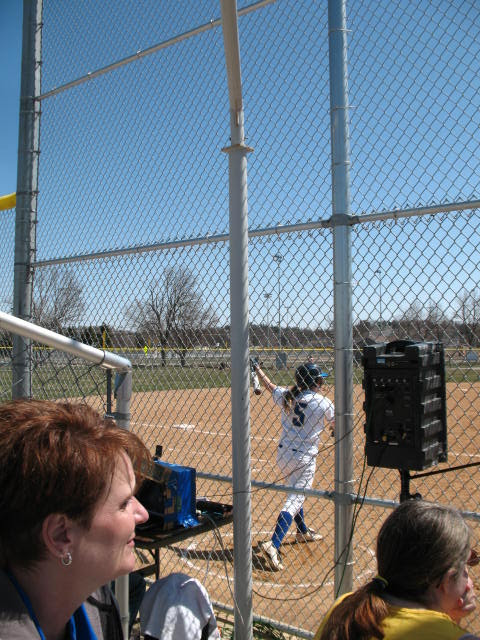 So off to Sherman Park we went...met up with Josh and a couple friends. The sunshine was beautiful and hot--so I am sunburned and tired. After playing 2 games from 1pm to 6:30pm both games ended in a loss for SDSU. Marlee had a nice game--hit a triple and a single. And I remembered why base/softball is my least favorite sport---it takes a LONG time with not much excitement!! Plus I already had bus butt--now add bleacher butt to that and I was so ready to get home. Taking all that into consideration it was still fun to watch her in her element and do her thing!!!
And so ends my Great Quilt Adventure.......until next time--Terri
Posted by lizardcreekquilter at 9:36 PM