Hey--didn't we get rid of the Indian mascot name because it was disrespectful?!? I guess Spirit Lake didn't get that memo...Anyway I am writing this a little late as I was a little low on sleep this weekend--and now feel caught up enough to make some sense of what I am writing!!!
So back to Friday night's game--once again a gorgeous evening to sit in the stands!! Never even needed to put on a sweatshirt---but Josh came home with at least 20 mosquito bites--not even kidding!! 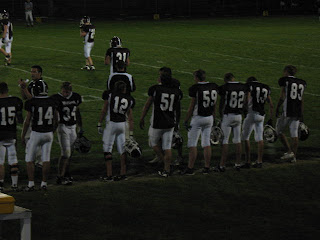 There was a delicious tailgate supper of pork chop on a stick. The bleachers were full of people. And the boys were ready to play some football. And they treated the fans to a nicely played game--even though the stands were full of people--on a 3rd and short--it was only the parents who stood and made some noise for the defense to dig in!! I guess every one else is at the game just for something to do on a Friday night. 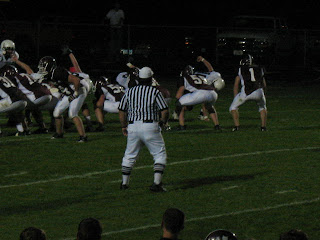 The extra point team was on the field several times this evening--and because of a mixup in how they lined up--it took 3 tries to make 1 point!!! Good thing Adam made all three attempts!! 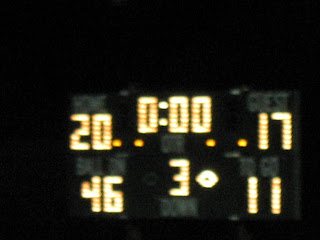 And after 4 quarters of play--the Wolfpack had made some school history...the first Homecoming Football win!!! and first time for 2 district wins!!! Let's keep this up!!!

Posted by lizardcreekquilter at 8:24 PM